A Duet Of Amplified Sewing Machines was born in winter 2014. Lisa Simpson and Stephanie Müller are performing with their amplified sewing machines live on stage. Their first tracks can be found on Stephanie's collaborative album Alligator Gozaimasu (RagRec). Just imagine an amplified tea ceremony with DIY punk spirit and a fierce love for minimal sound experiments.

A Duet Of Amplified Sewing Machines likes to challenge the standards. People often assume that sewing machines are domestic tools mostly used by women. In their performances, Lisa and Stephanie alienate their machines from their original context, which is usually either the industry or the private space. Instead they transform them into amplified musical instruments and put them directly into the spotlight center stage. They both see the sewing machine as a potential sound-making tool - like playing an electrical guitar, a synthesizer or the drum - with endless possibilities to create a range of special and delicate sounds with them. However, not only do they use the sewing machines as instruments, they also create clothing during the performance, inviting the audience into the garment production process.

Lisa and Stephanie definitely see their Duet Of Amplified Sewing Machines as a platform to invite their audience, other artists, such as performers, dancers, musicians, writers or filmmakers to collaborate with them. Klaus E. Dietl is the one who supports Lisa and Stephanie with visuals and he is also involved incomposing sound samples for their live performances.

For Lisa and Stephanie it is a pleasure to share their skills and knowledge, to let other people become part of it and to spread the word. Don't hesitate and get in touch with them! 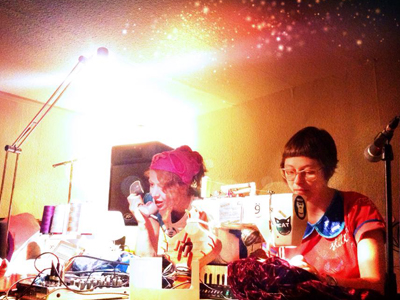 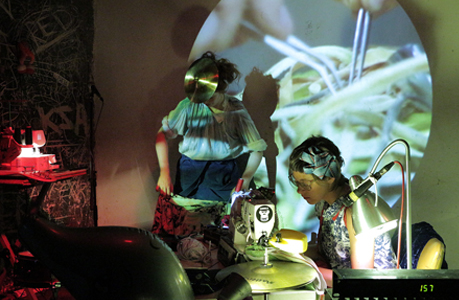 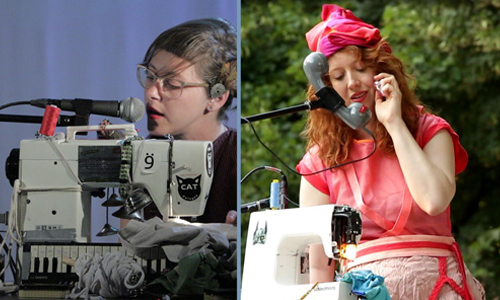 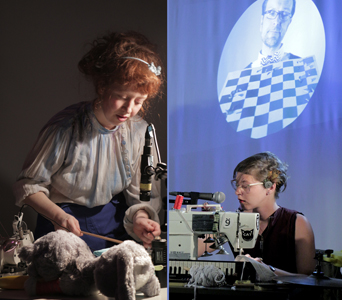 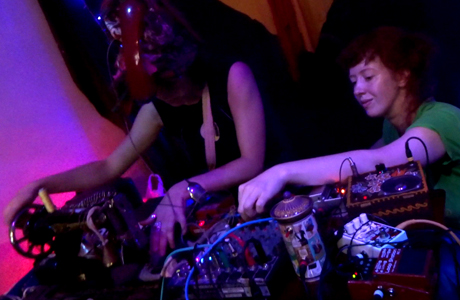 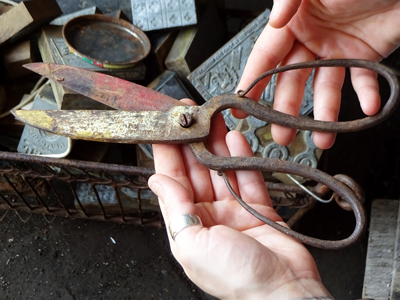 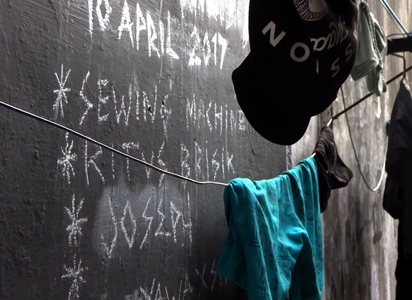