In April 2020 the Goethe Institut in Amman (Jordan) was looking for Jordan and Germany based artists who are interested to be matched (pairs) with an artist from the respective other country in order to jointly produce a work of art, whether it is a song, a performance, a poem, a video, a game or a series of pictures through digital communication and exchange. Klaus E. Dietl and Stephanie Müller have been chosen to be part of this online co-production.

In May 2020 Stephanie Müller was in exchange with Anas Nahleh, a self-taught multi-disciplinary performer and choreographer. Together they were working on their project The Unwritten New Normal. 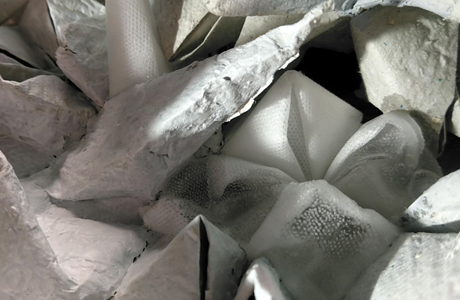 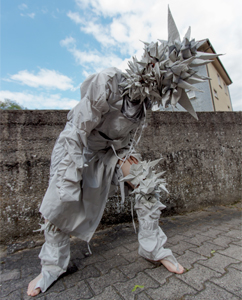 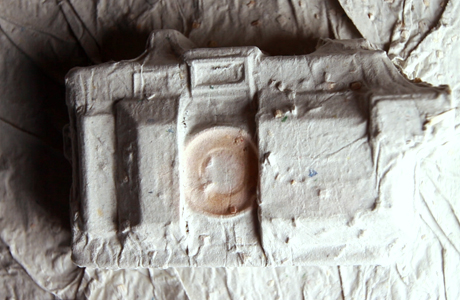 Anas Nahleh of Studio 8 from Amman (Jordan) and Stephanie Müller aka rag*treasure from Munich (Germany) share a huge love for live encounters.

Anas Nahleh is a self-taught multi-disciplinary performer and choreographer. He is the co-founder of Studio 8, a Jordanian non-profit company active in the fields of dance and performing arts. Studio 8 is made of a group of young artists aiming to shape and humanize the dance art. Their installations and performances envision altogether a future where the separators between dance, design, architecture, circus arts, and science are crossed.

Stephanie Müller is a visual artist and sociological researcher with a special focus on collaborative strategies in the fields of textile art, performance, video art and music. She has been playing different kinds of amplified sewing machines, everyday life's objects and self-made instruments since 2002.

Collaboration between the artists

Both artists feel comfortable with art practices that bring people together and that are easily accessible all over the globe. Anas Nahleh's main artistic tool is his body. Stephanie Müller's main resource is the acoustical spectrum of different kinds of objects such as water boilers, egg cutters and her sewing machine – tool and musical instrument at the same time. All over the globe people love to dance, make music and sewing is also a well-known practice. Anas Nahleh and Stephanie Müller also have in common that they are used to share the same physical space with their audience. It's the audience's reactions that keep them going and creating. How is it possible to transport such a live atmosphere during an online stream?

In May 2020 Anas Nahleh and Stephanie Müller developed a choreography and a soundtrack for a live stream. In the beginning the artists thought about interacting with a series of "twin" objects. Their idea was to share a list of objects that them in their everyday lives in Jordan and Germany. Based on this list, they wanted to try and find "twin" matches. However, during the process of creating Anas Nahleh noticed that he doesn't really feel connected with any of the objects that surround him – except paper.

The whole process of researching and collaborating with each other is documented on a blog provided by Studio 8:

A pause – a concept

A pause is what Anas Nahleh needed in the midst of all this uncertainty. He took his time to reflect how such a lockdown is affecting the process of creating art. Doing this he felt a strong desire to focus on a material that brings a long openness, space for imagination and that is also easily accessible and understandable for many people.

A blank white A4 sheet is the first "object" Anas started to experiment with. In his eyes, the paper becomes a projection screen for the beautiful moments in between of all the uncertainties and the unknown. Together with his fellow artists at Studio 8 he created an installation covered all over with paper. This was his set up to dive into a future that is unwritten so far.

Step by step Anas elaborated a choreography for interacting with his paper world. Whilst dancing sheets of blank paper start to stick at his body. Being covered full of paper Anas is not just a visitor in his paper world anymore, instead he becomes part of it and offers himself as an open screen.

When Anas Nahleh gave Stephanie Müller an insight into his exploration she was fascinated and was thinking about how to connect. Stephanie lives in Germany, a country that is able to afford a wealthy life style, however, by exploiting and wasting other country's and people's resources. Bearing this in mind, she felt a strong desire to find a personal approach to combine the idea of recycling and working with paper without wasting any resources.

As an artist Stephanie loves to create a world of imagination together with fellow artists. However, she also has to do her daily business work. Once a year she has to do her taxes. In her eyes these tax documents are a huge contrast to Anas' idea of open, blank sheets. A tax document is a fixed frame, it is only open for the hard facts, not for the poetry in between all the printed information that reduces one's life to just a few numbers. By recycling these documents, Stephanie was able to create blank sheets. However, these blanks sheets are not pale white, instead they have a greyish colour. Their old history is not being denied, instead it is still swinging along, but once recycled there is open space for new perspectives.

Stephanie transferred her recycled paper sheets into a costume that looks like an unnamed creature from another world that is open to explore together with Anas. She used her costume as main instrument for creating a paper soundtrack that is the bassline for Anas' choreography.

Anas' immersive paper world made Stephanie remember her Granddaddy's attic. It had been quite shabby, but for her as a little child it was the perfect playground full of imagination and far away from daily routines. In the attic Stephanie's Granddaddy had lots of paper rolls, made from old newspapers. With these paper rolls they made spindles for his improvised loom. Stephanie had been a small girl back then, six or seven years old, and she liked it very much to help and also play with these paper rolls.

Stephanie's Granddaddy made rag rugs in his attic and gave them away for free to the neighbours living in the village. He used to be a day labourer travelling from house to house with his mother, his sisters and brothers, helping at construction sites or farms. However, after World War II he couldn't do this anymore. During war time Stephanie's Granddaddy refused the authorities and he was punished. They pulled acid liquid over one part of his face. In Stephanie's family there exists only one passport photo that shows his face without all the wounds. She decided to use this photo and combine it with the surreal paper animal, because her Granddaddy was the one who provided space for lots of phantasy.

Paper represents the past, the present and the future. It is a universal object used in politics, art and culture, education, healthcare, economy and border control. Such a simple, available universal tool comes along with a complex variety of meanings depending on its usage. It can promote justice as well as access, however easily limited and deeply depending on a series of privileges.

What if paper dares to leave its own format and becomes a blank projection screen open for the poetry of the unwritten? 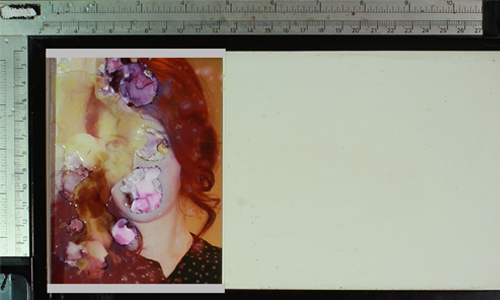 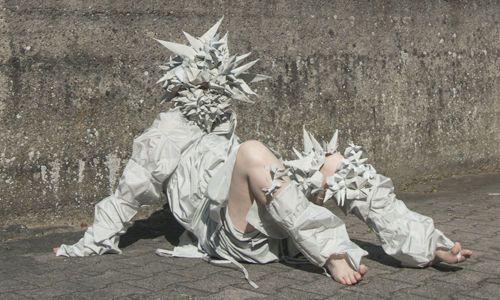 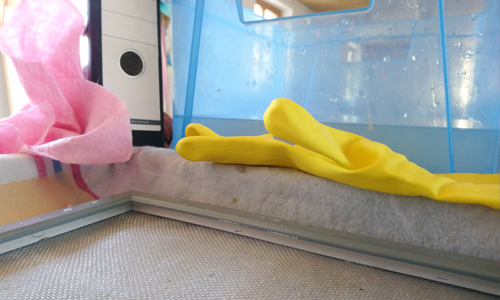 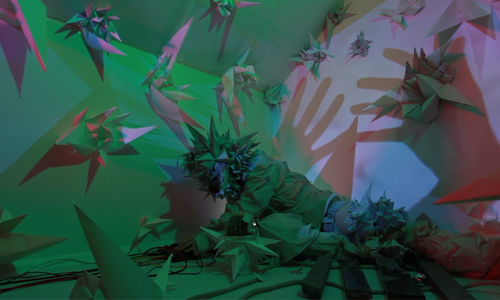 The live stream was premiered on Thursday the 4th of June 2020 (20:00 Jordan time / 19:00 German time). The online performance was transmitted via YouTube and Facebook. A documentation of the live stream is available via beißpony RagRec's YouTube channel.

Besides the live stream Stephanie Müller is sharing a making of video called Tax Documents As Raw Material and further footage called The Animal Papers. Parts of this footage also appeared during the live stream.