Klaus E. Dietl and Stephanie Müller are based in the midst of a buzzing collective of artists and activists in Munich, Germany. Since 2009 the Mediendienst Leistungshölle has evolved from a vibrant underground studio to an international nucleus for interdisciplinary art projects. Together with performers, musicians, visual artists and researchers they develop sound installations, videos, feature films and interactive live performances.

Besides their art projects Klaus and Stephanie have been engaged as university and guest lecturers – amongst others at the University of Applied Arts Vienna, University Mozarteum Salzburg, University of Salzburg, University of the Arts Bremen, Goethe University Frankfurt am Main, University of Cologne, Ludwig-Maximilians-University Munich and Academy of Fine Arts Munich. Dialogue lies at heart of their art and research projects. Their main focus is on communicative strategies for undermining social control and exclusion. What makes people afraid of complexity and diversity? Why do people tend to cut themselves off from their environment instead of digging into it? What if we would try and pull our heads together? 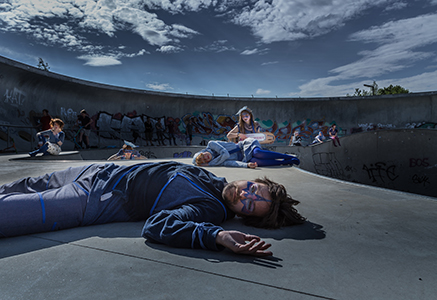 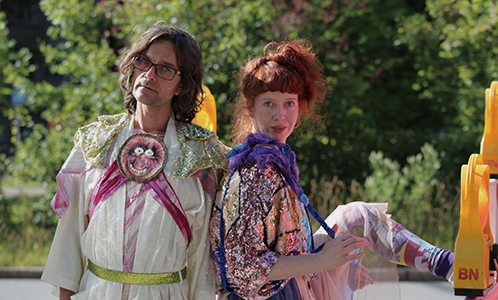 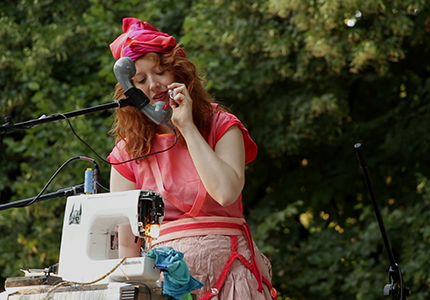 Stephanie Müller is a visual artist and sociological researcher with a fierce love for experiments and improvisation. She has a master’s degree in communication science, sociology and psychology (Ludwig-Maximilians-University Munich) and post-graduated in art and therapy at the Academy of Fine Arts Munich. Still studying she launched her textile and media art project rag*treasure. Stephanie creates textile room installations including performance, sound and video art.

She has been playing the Singer, an amplified sewing machine which can be used as a musical instrument, since 2004. Together with Laura Theis, an Oxford based songwriter with a background in theater and literature, she initiated the experimental music project beißpony. Besides the Singer, Stephanie plays the drums and modified typewriters, umbrellas or vacuum cleaners. In October 2013 their debut album was released on Chicks On Speed Records. Further music collaborations include A Duet of Amplified Sewing Machines (Nähmaschinenduett), Alligator Gozaimasu and OK Decay. Her solo project is called Sewicide. In 2016 Stephanie launched her own record label RagRec.

The music videos and live visuals for beißpony and A Duet of Amplified Sewing Machines are directed and created by Klaus E. Dietl, a visual artist with a background in literature and film-making. He studied painting and art theory at the Academy of Fine Arts Munich. In his paintings, sound installations, video and film projects he samples the elements of our daily media coverage, cuts them up and recombines them with other disparate graphical material. His main research focus is on barriers of language and the essence of misunderstandings. What makes us take off the blinkers and question our own insecurities, reservations and double standards?

Amongst others his short films and music videos were nominated and screened at the International Shortfilm Festival in Oberhausen, Germany. In summer 2017 he finished his first full-length feature The Mouth - Our Ultimate Prison (Das letzte Loch ist der Mund). This film was premiered at the Lenbachhaus in Munich.

Selection of travel stipends and residencies

Selection of grants and prizes 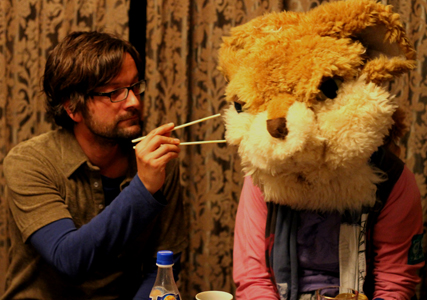 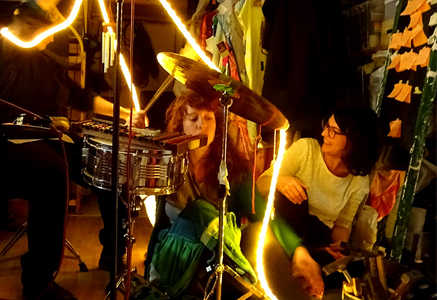 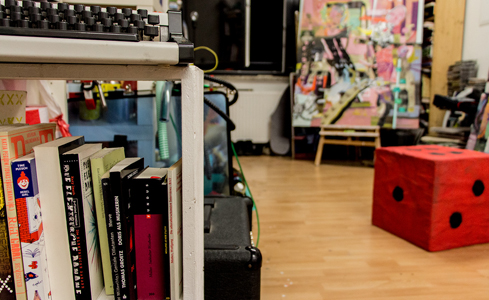 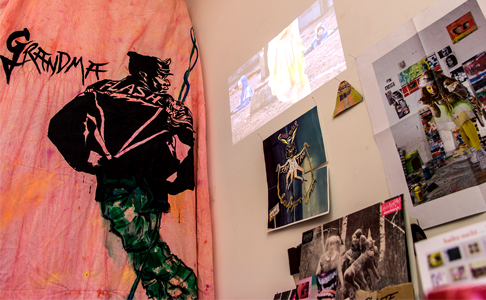 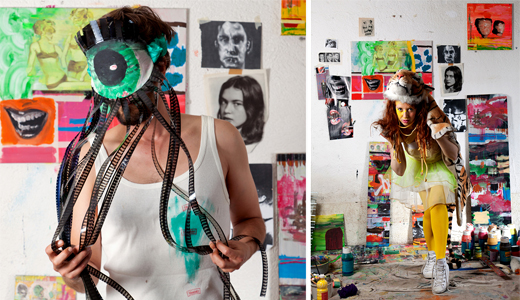 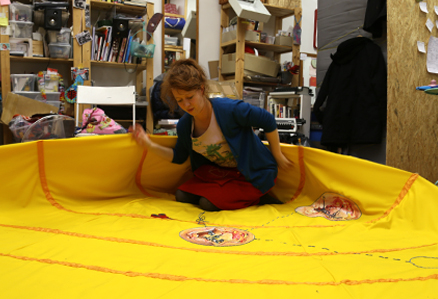 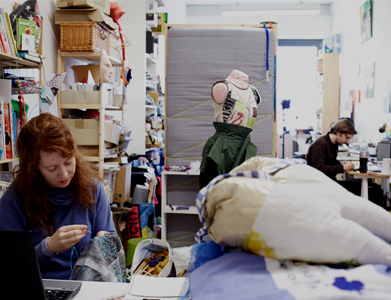 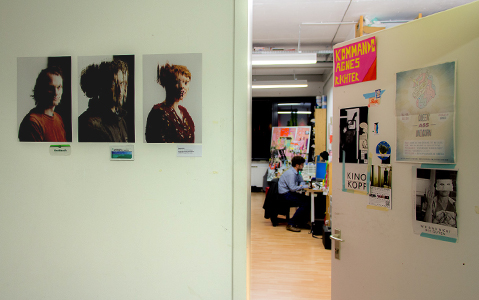